Home » News » LEOLAND. What the new sport-entertainment centre will be like? 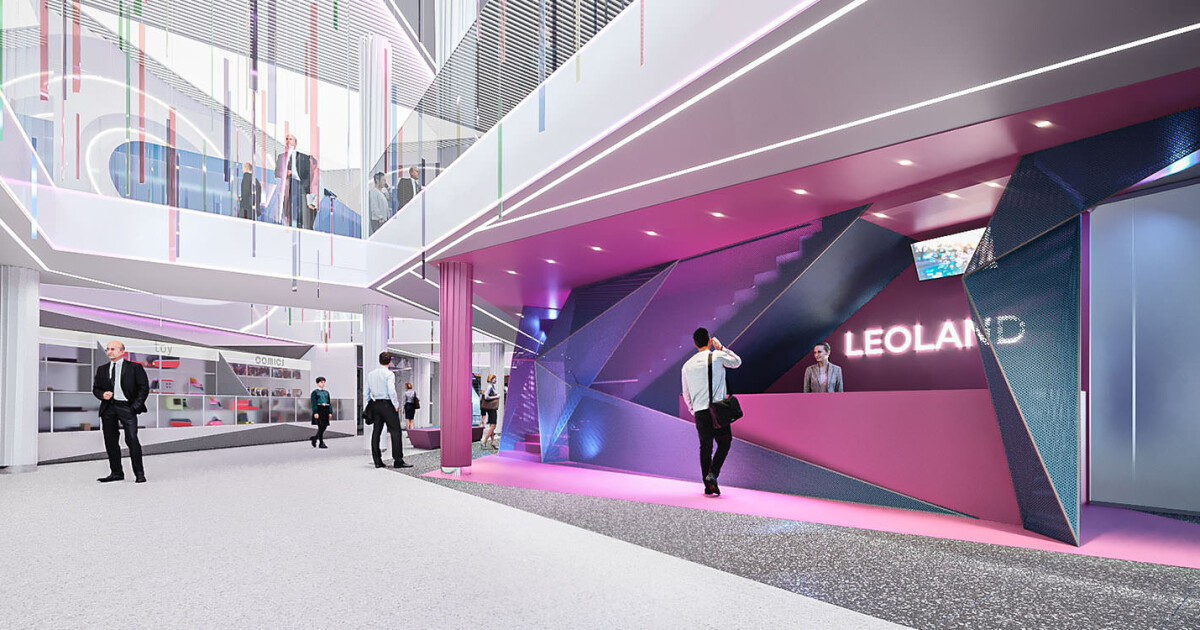 Investors presented the details of the project for the new sport-entertainment centre LEOLAND that will appear in Melnyka street, 18 in place of a former Sports Palace Ukraine which is being reconstructed. Green territory, a Tennis Academy, a Ball Dance School, a spacious event hall, big swimming pool, space for children and totally inclusive building – that is what  will be there inside of a new sports centre.

It has been announced by project managers at the presentation during the meeting of the Executive Committee of Lviv City council.

On the outside the new building will reminiscent of its predecessor as the well-known Arch of the Sports Palace Ukraine will be preserved.

The territory around LEOLAND will be enobled and a community space will be set up here. According to the project managers, during the construction some trees which were in poor state had to be removed. That is why additional tree planting is going to be done in this territory since it has always been one of the greenest districts of Lviv.

“We wished to preserve the façade of the previous building and also to plant greenery because some damaged trees had to be unrooted. It will be the space where children and adults will be able to manifest their creative and sport talents.

-said Anastasiya Nosoulenko, the director of the reconstruction project.